YOU KNOW A TREE BY ITS FRUITS: MANGO

In India at least, mango (Mangifera indica L./Family Anacardiaceae) is the ‘queen’ of fruits. Most probably, it is so, worldwide! Let me inform you that most probably, except me, everyone perceives, thinks and calls the mango as ‘king’. It is up to you to decide whether mango is a king or queen of fruits. In the recent days of political correctness and gender neutrality, I have no definite answers for the above jigsaw puzzle. I know, it is like asking someone, ‘whether egg came first or the chicken? Let it be what it is, mango! ’Such problems are as gigantic as the Bermuda Triangle mystery—is not it? Or, maybe it is existential in nature, better to skip for the time being.

Mango originated from Southeast Asia. Historical data suggest that mango has been cultivated for the last six thousand years. India and China are the major producers of the fruit. With the advancement of innovative horticultural techniques, Mango is now cultivated in other parts of the world, as well, with varying degrees of success. Admittedly, India is a major producer and exporter of varieties of exotic and palatable mangoes; which have recurring demands in overseas markets.

Combined together, countries such as China, Thailand, Mexico, Pakistan, Philippines, Indonesia, Brazil, Nigeria, Myanmar and Egypt cultivate half of the total global output of mango; while India accounts for more than 50 percents or at an average of more than 22 million metric tonnes per year. Traditionally, farmers in Indian states, such as Andhra Pradesh, Bihar, Gujarat, Karnataka, Maharashtra, Odisha (Orissa), Tamil Nadu, Uttar Pradesh, West Bengal, Madhya Pradesh, Kerala, Haryana, Punjab, etc. are the major cultivation areas of mango. However, other states of India too, cultivate mango to varied extent. Local varieties of mango trees also grow wild in the forests of these states, adding diversity to the fruit. Some varieties are rare and exotic with unique tastes of their own, mainly available for consumption to the local population. Rapid shrinkage of the forest covers in India and over-exploitation of the fruits of the local species are reasons of much concern and even if some of the mangoes are commercially unviable at present; yet, to preserve the biodiversity, consorted efforts are required to protect the mango tree species heading for extinction.

ARE YOU IN TOP GEAR?

Thousands of people die or are injured everyday in road accidents. It may result in partial to permanent disabilities for those involved in accident. Their family members suffer directly and all this add up to the social cost as well. Admittedly, accidents are accidents, yet it can be reduced substantially with caution and precaution. Many of the victims of road accidents are those, who are not at fault yet, they are sucked into such unfortunate consequences.

Certainly, prevention is better than cure and we all know this. Somehow, we forget it or try to flout the very basic or simple rules of life, in our living and conducts; thinking that any such lapses may not lead to our own harm. That is only true, till we encounter the largely preventable nightmare personally, and in person, as a witness. But, by that time, it might be too late for us to effect proper corrections. Our sincere regrets, pains or losses may not provide us with solutions for regaining, what we lost for being reckless. Lot of people are the victims of the unintended actions of others. A small or even a freak accident may ruin our future irrevocably. It is therefore, far better to learn from others’ mistakes; but not from our own.

MSG FOR THE THIRSTY SOULS

Carbonated drinks, diet sodas and soft drinks are certainly harmful for our health. These bottled liquids are not the prudent alternatives for the free plain clean drinking water. Even, the chilled bottled water sold in the markets by the retailers and ‘manufactured’ by the multinational companies and local small entrepreneurs is actually, a booby-trap into which, we are running fast; perspiring.

The funny thing about this exotic and ‘scientifically’ claimed cleaned water having harmful impurities and disease causing bacteria has an ‘expiry’ date. But, wait a second and tell me as to how can a natural resource like water, expires? At best, it can be impure or stale, but certainly cannot expire so fast.

THE SNAIL, AT A SNAIL'S PACE

When we are obsessed with speed and dream of surpassing the speed of light, after badly outdoing sound; it is refreshing to pause for a while and have an attentive look at the snail. I was more familiar with them, when I was small and growing but soon forgot them I gradually got busy competing with absurd people who loved and showed off their success by provoking me and many others to hurry up. The dominant ethos of the society, which is stark materialism, convinced me enough to join the rat-race of achieving things at the shortest period of time with minimum efforts and therefore, I had to cling  to the credo of ‘better’, ‘more’, and ‘excess’ to remain respectable and alive. I won some races and lost many more to condemn myself and feel sorry to pacify myself and earn the approval of those who scored the points over me. When I regretted about my incompetency, naturally I had to praise the winners, who with tremendous jugglery, cunningness, hard labour and luck collected the prizes and proudly showed off. In the beginning I envied them and wanted to worship those doers and considered the as wizards. The super human group had lots of things which I was bereft of. This is how I started to believe in fate and accepted miseries willingly without much protest. I found myself degraded to the near lowest rung of existence at times, feeling tired and exhausted. I had less of name, fame, prestige, wealth, power, property and lots of any and all such types of tangible and intangible things that constantly goaded me into apparent submission. I lost my arrogance and became humble to deny the defeat. It went on and on till I discovered the bruised successful people cowering for peace in their hiding, in spite of having achieved everything; just like me. They too had insurmountable insecurities, pains, sufferings and defeats-they were tired of their beautiful wives, educated sons, married off daughters, aged parents, the legal authorities, lavish lifestyles and bouts of emptiness.

To discover the emptiness of the elites of the time, I took a very long, profusely perspiring in the winter and shivering in the summer. 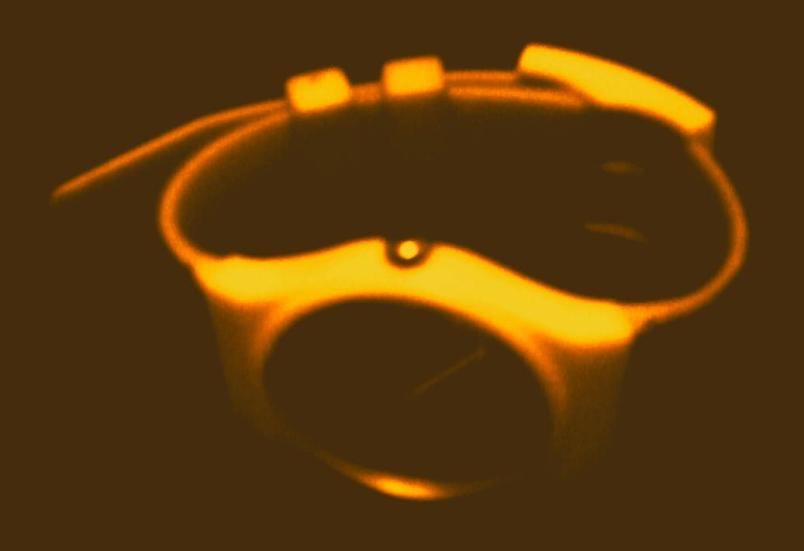 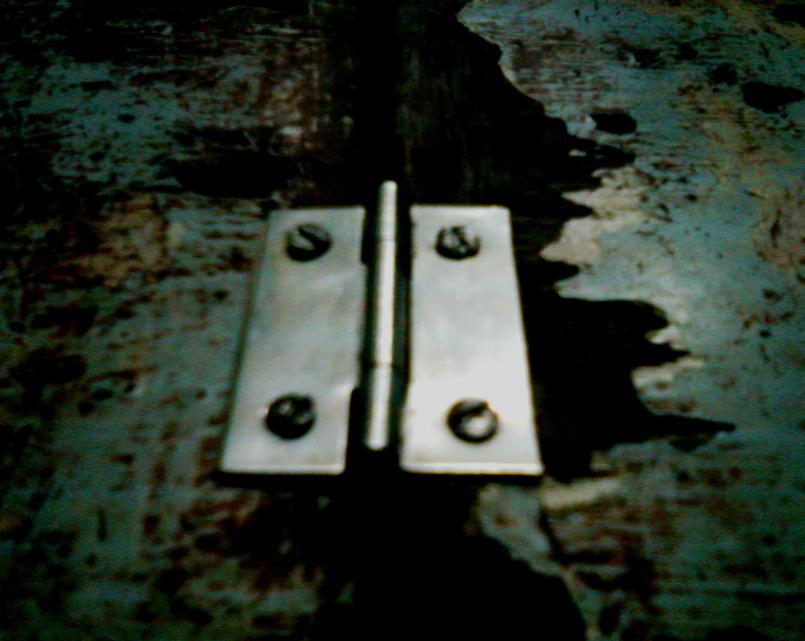 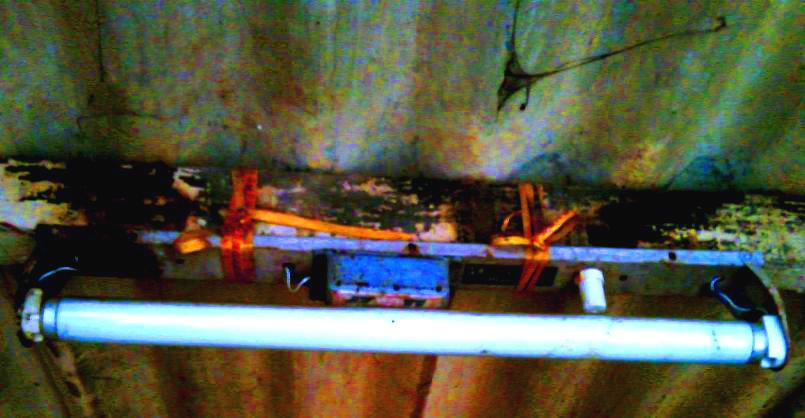 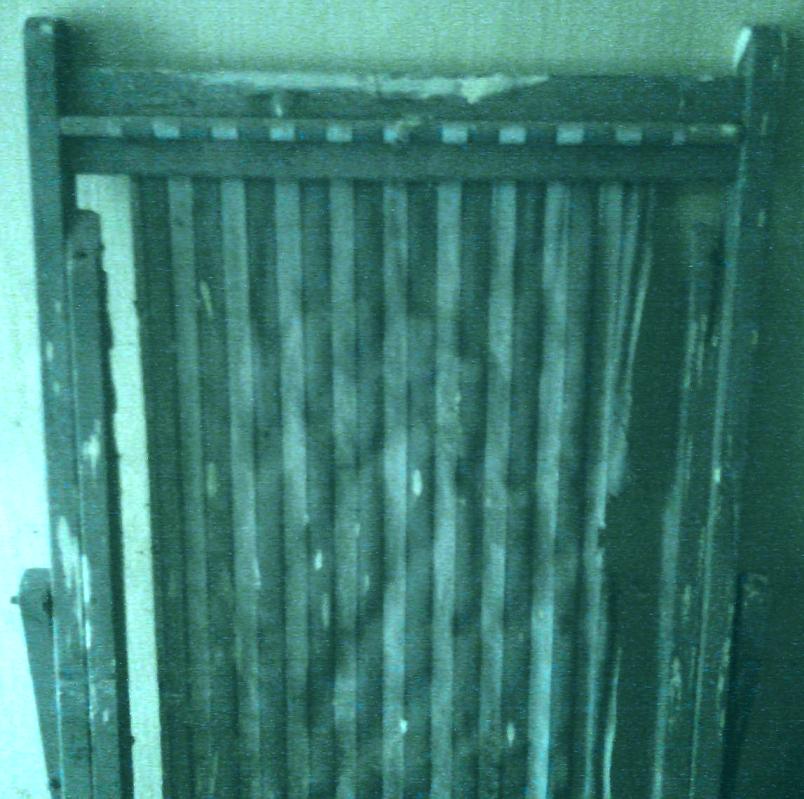 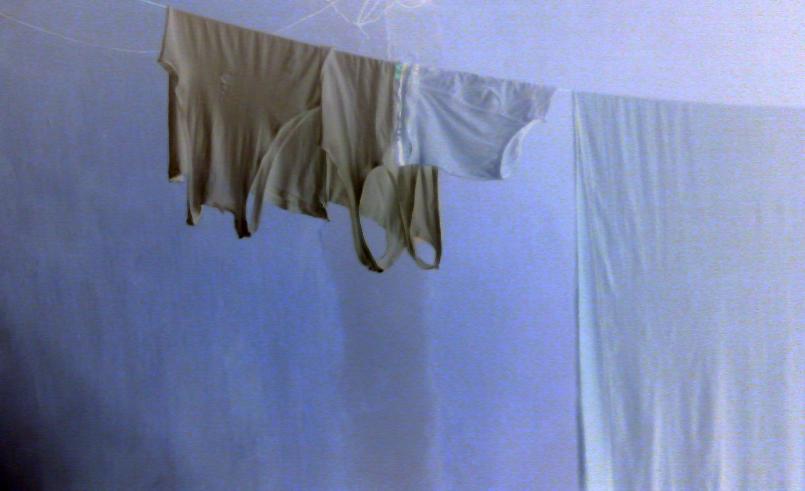 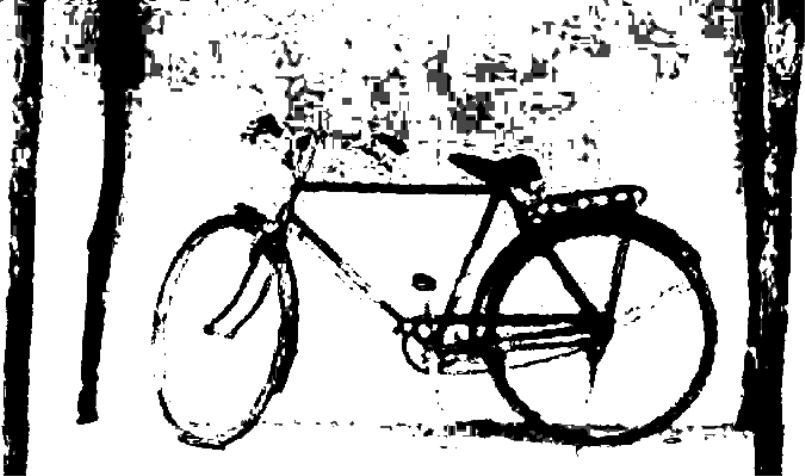 A PAIR OF PLASTIC SANDALS 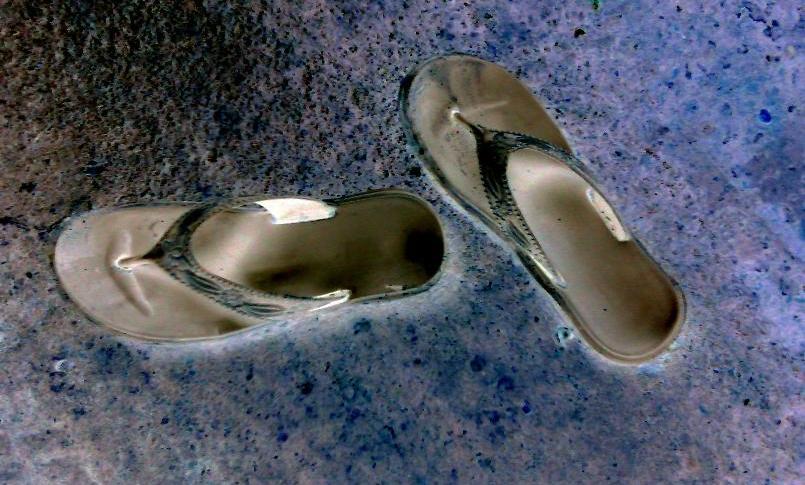 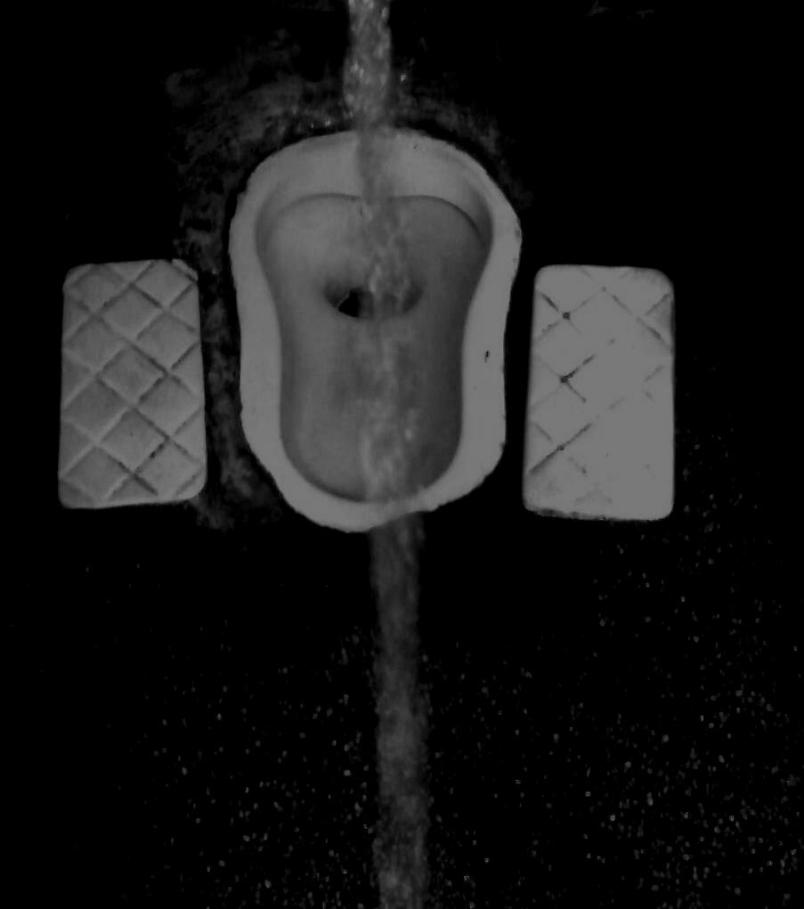 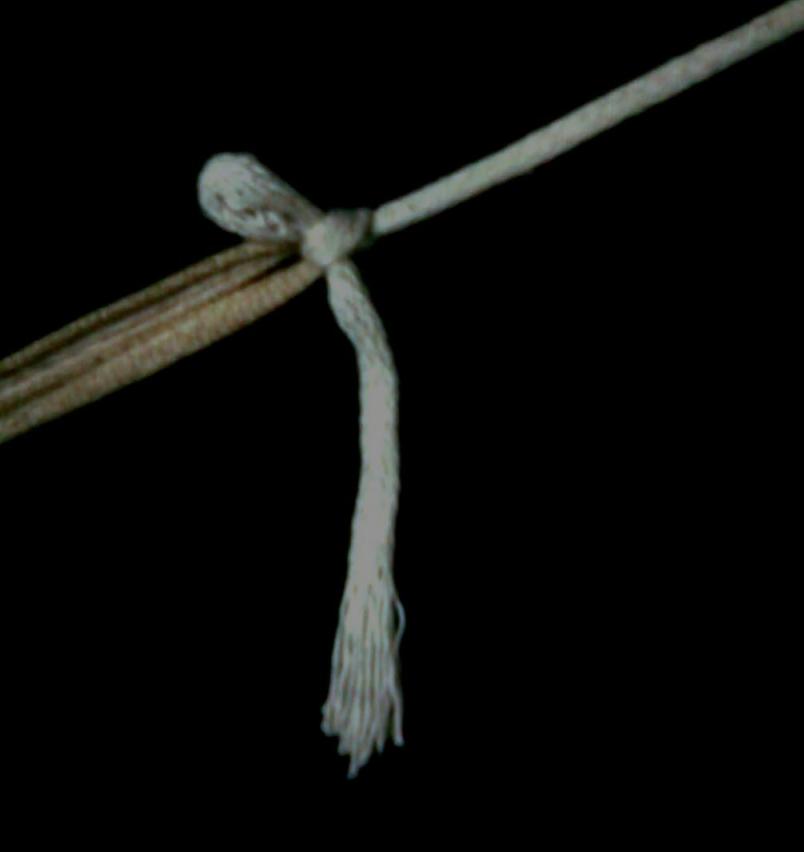 By Priyabrata Nanda
Email ThisBlogThis!Share to TwitterShare to FacebookShare to Pinterest
Labels: knot 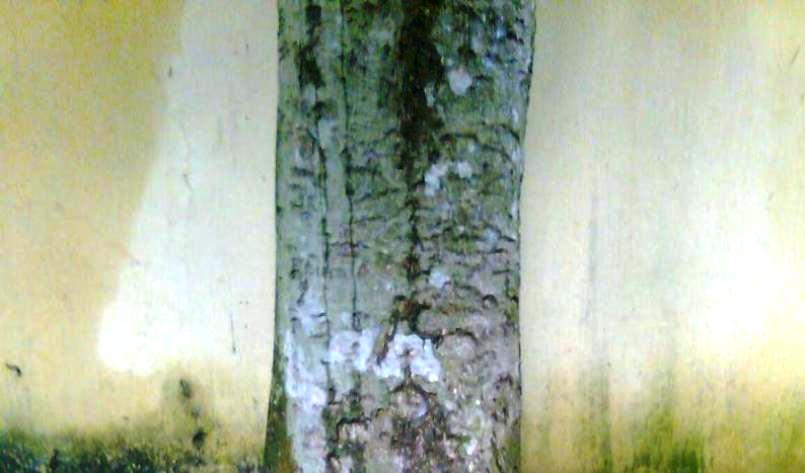 OPEN THE GATE, TO LIFE AND YOURSELF 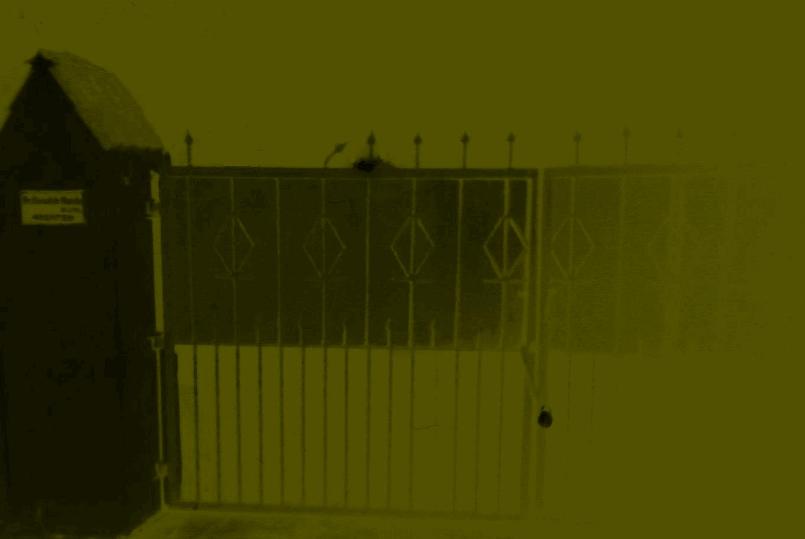 FLOWERS OF THE NIGHT 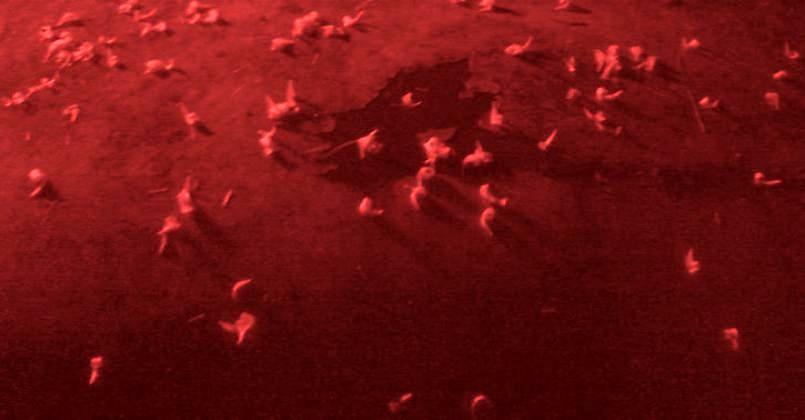 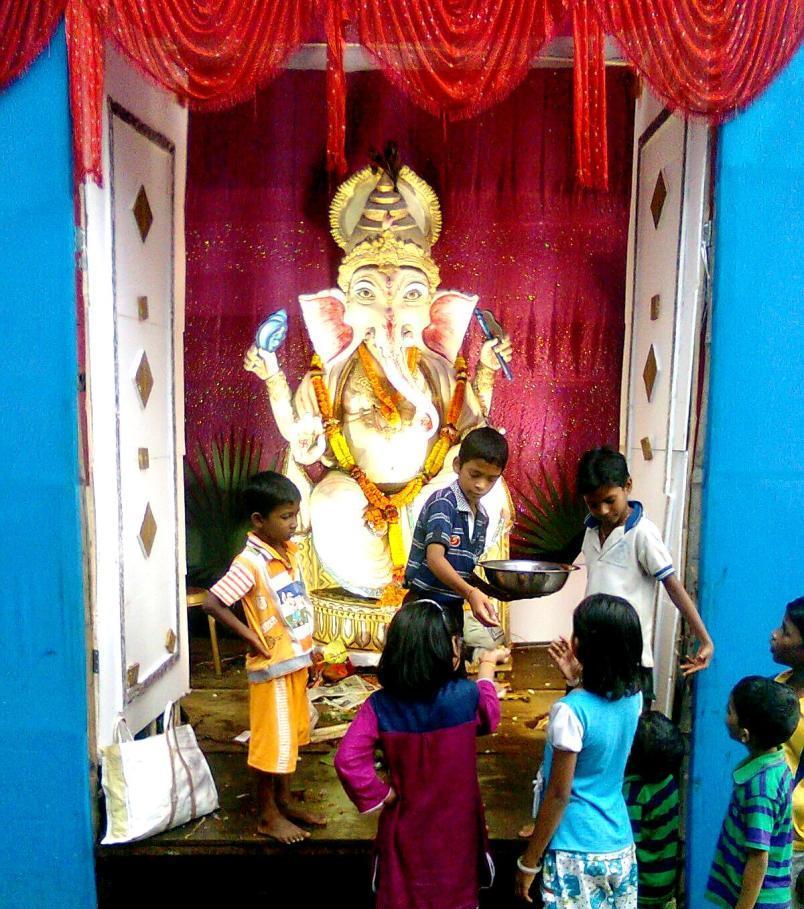 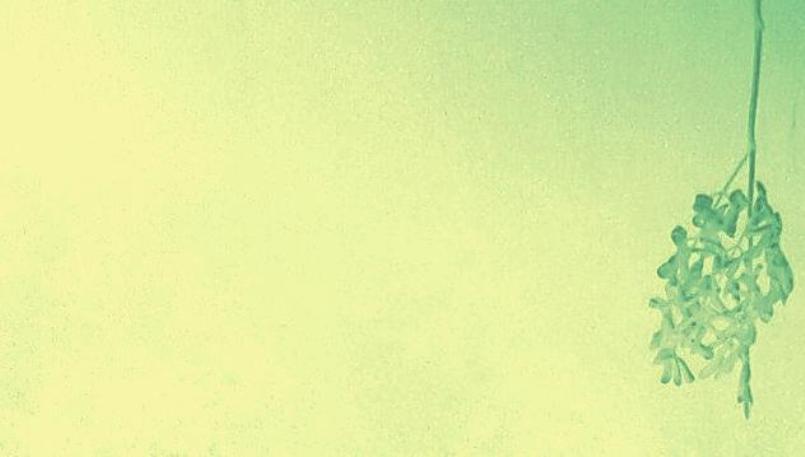 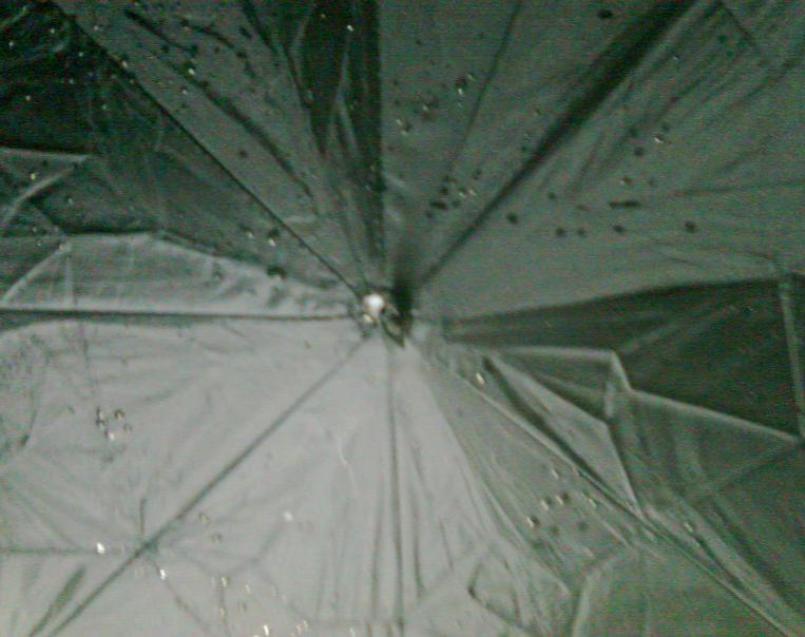 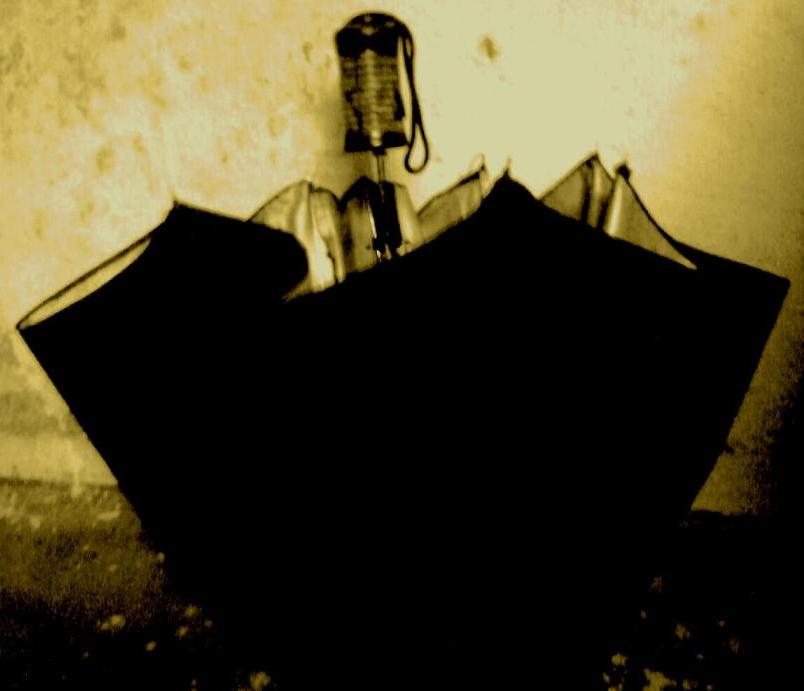 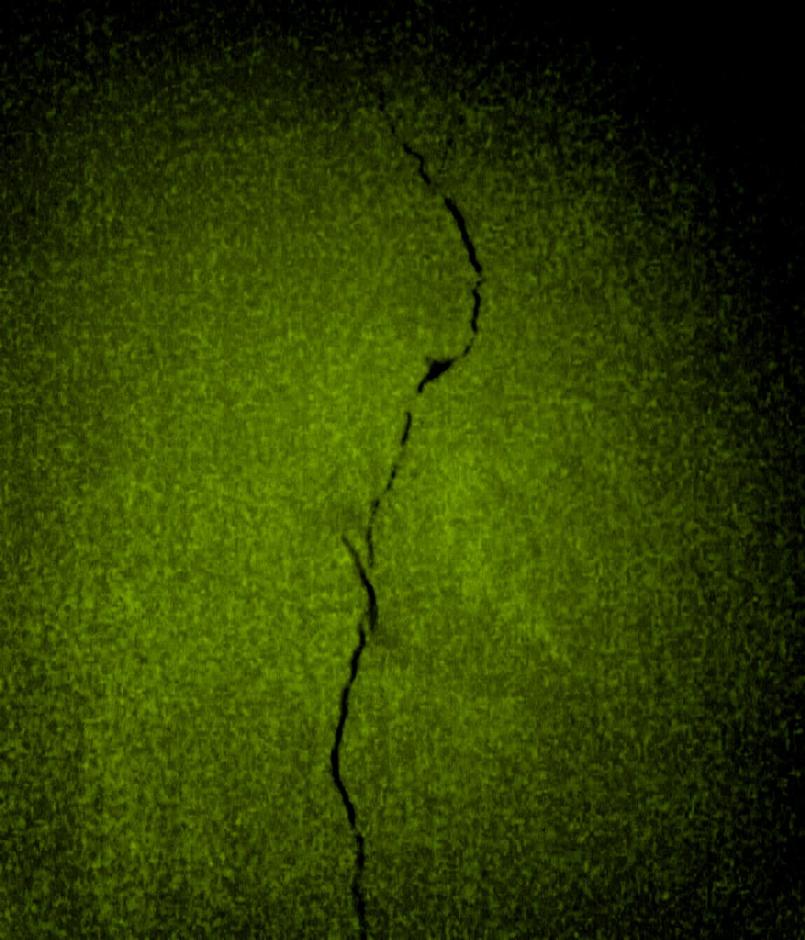 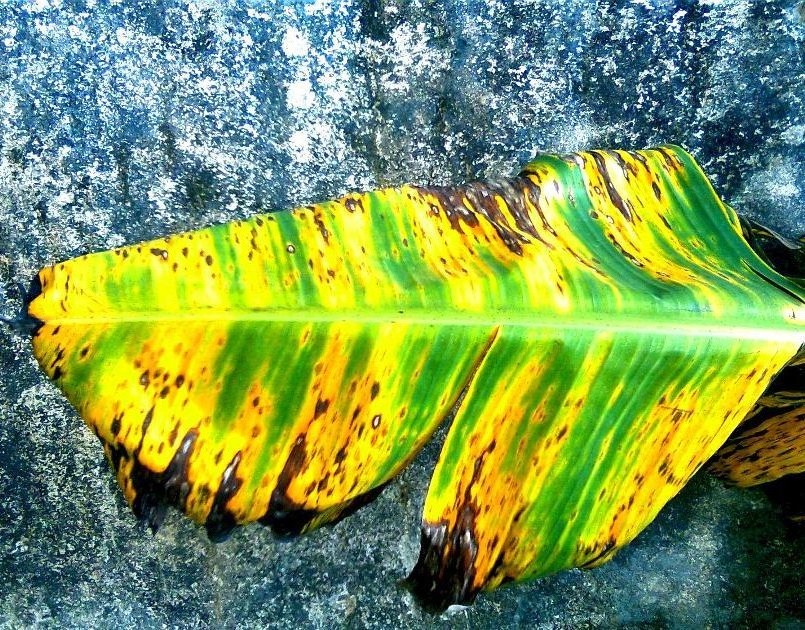 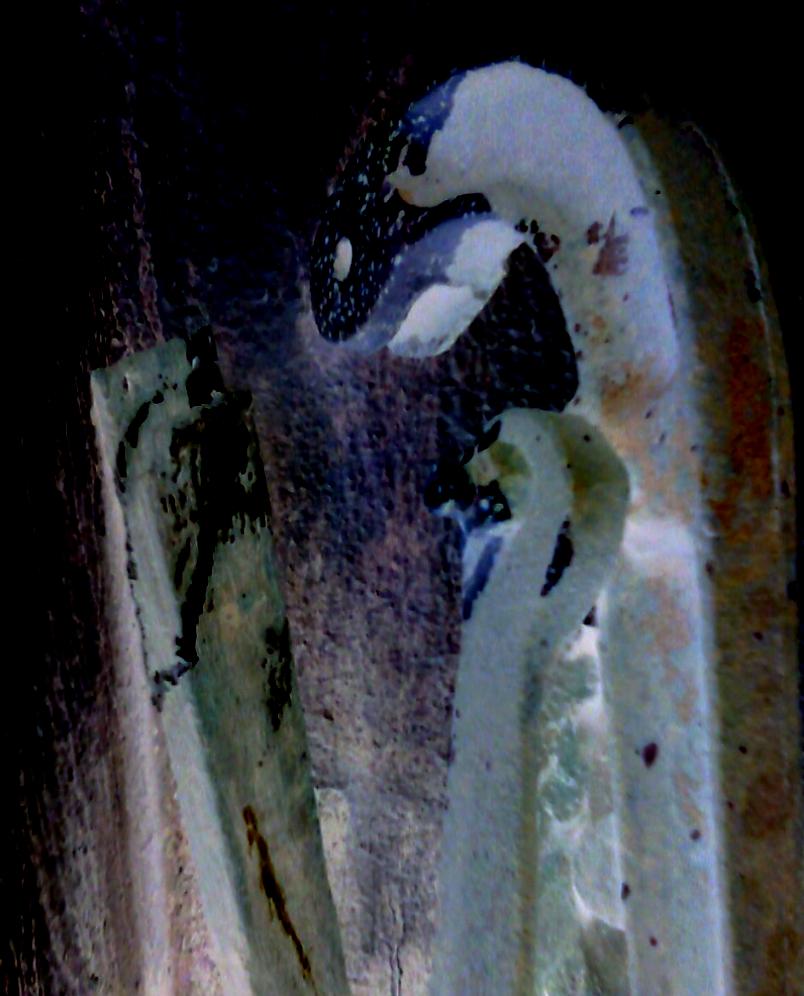 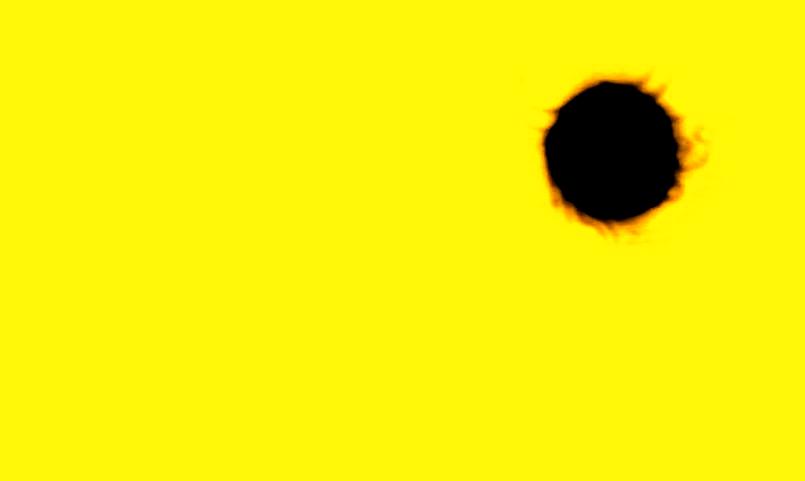 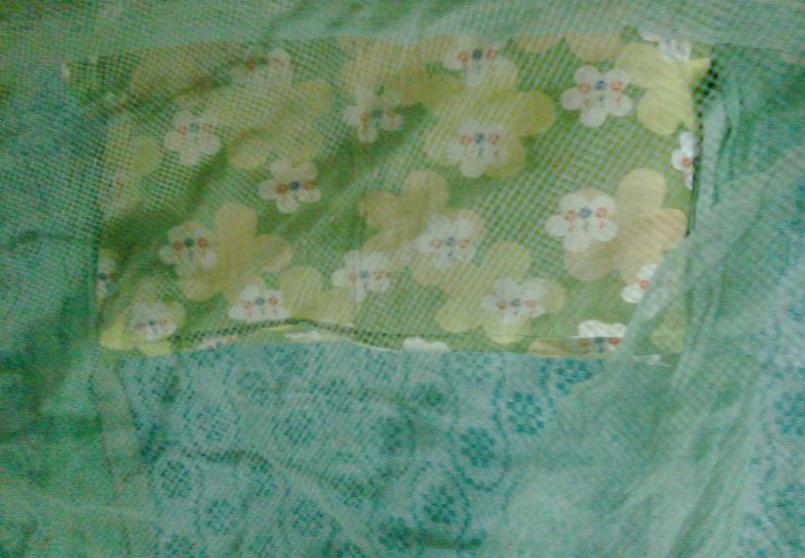 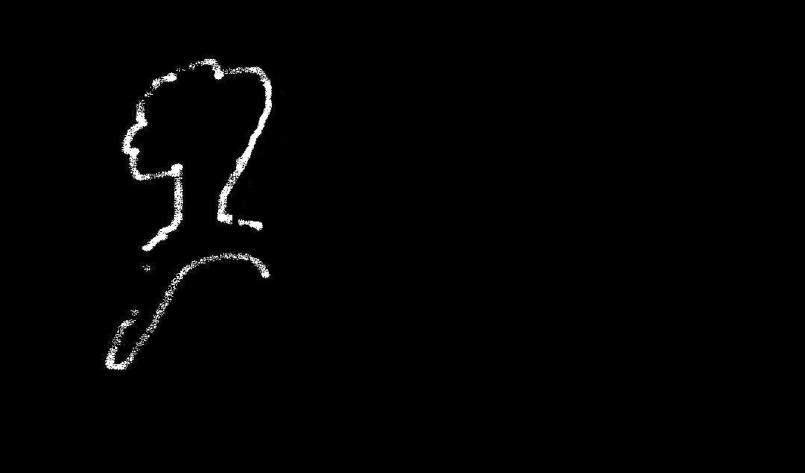 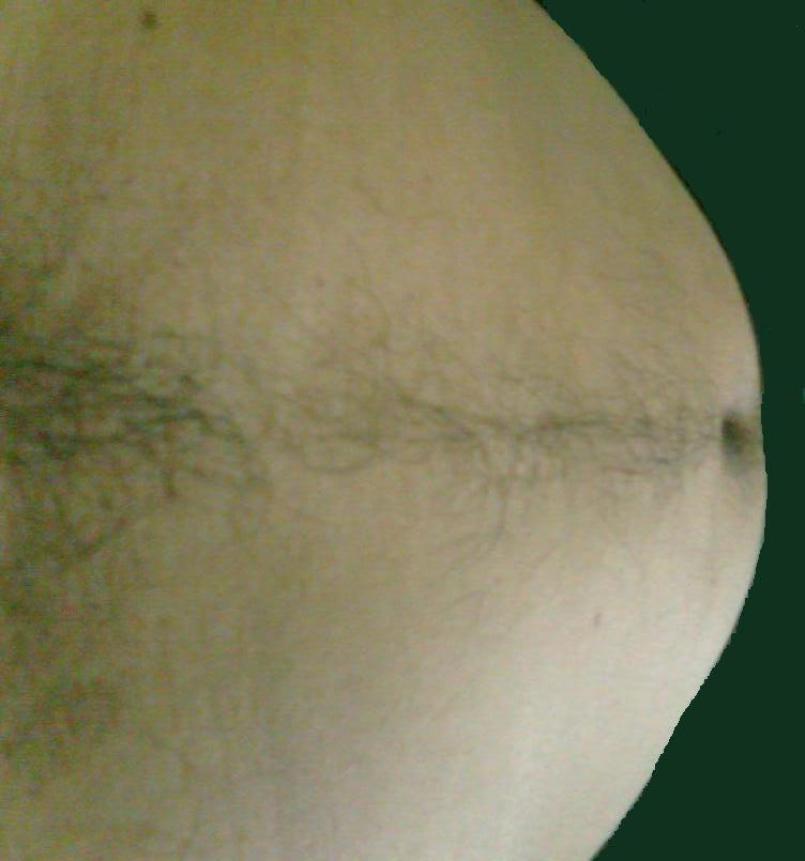 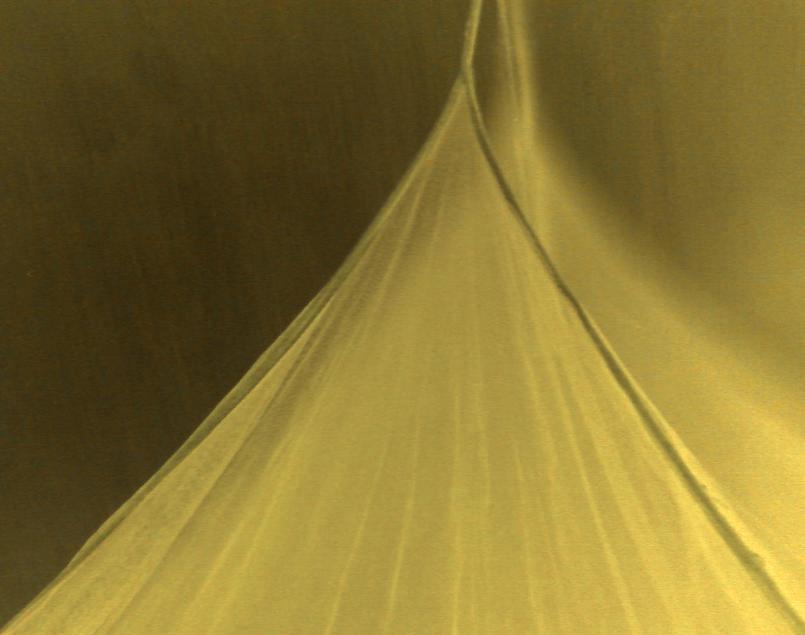 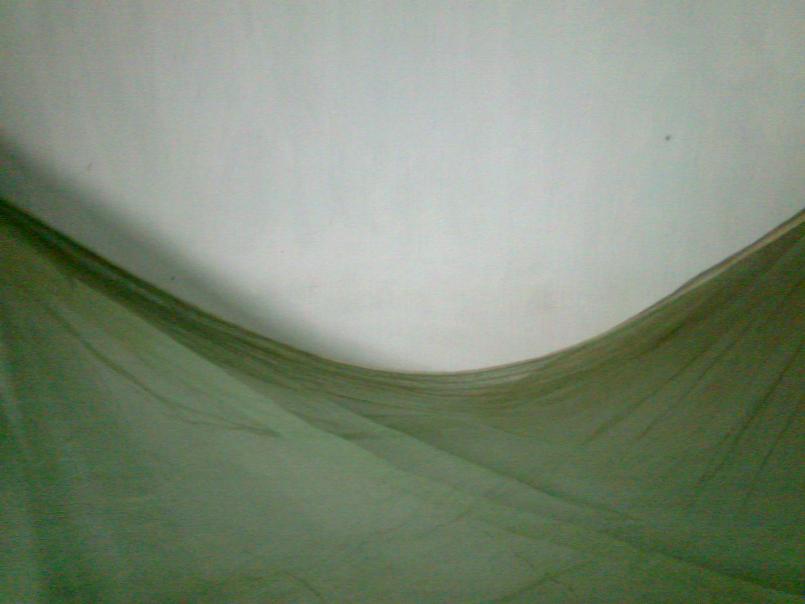 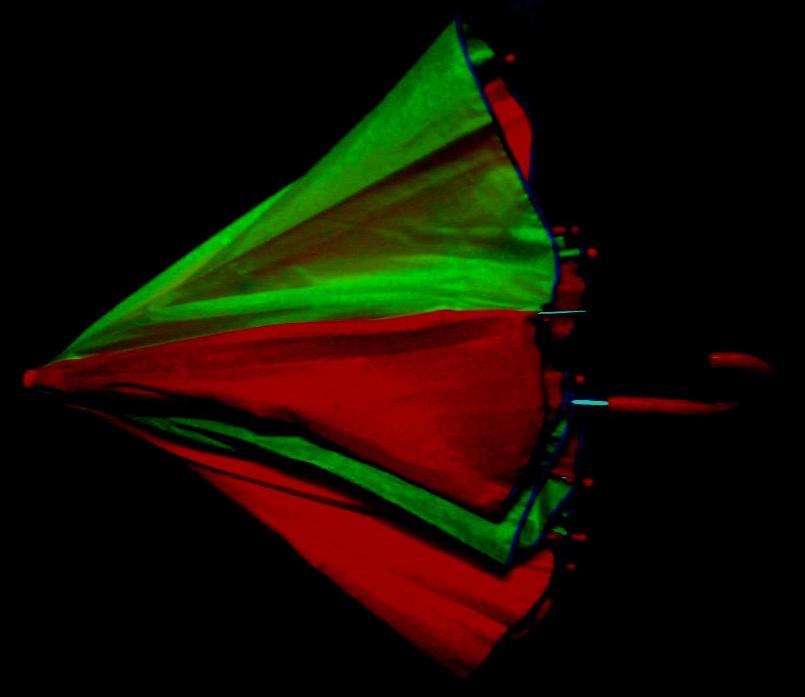 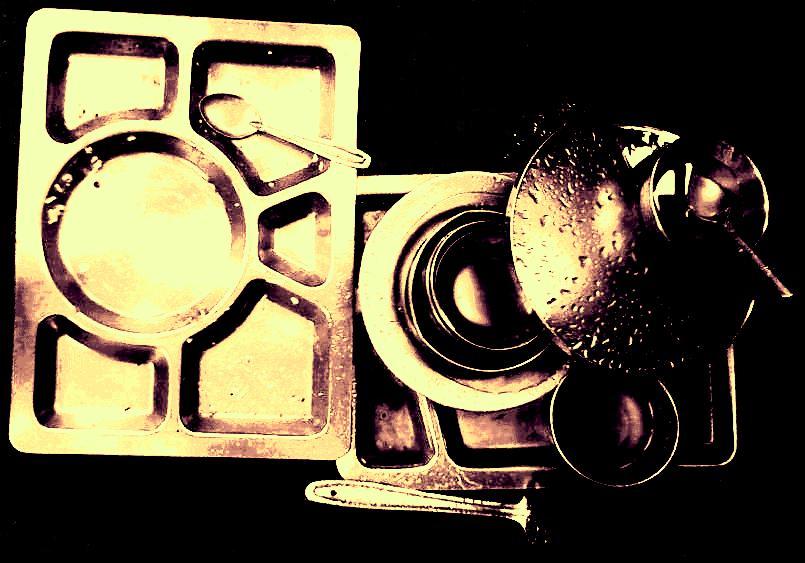