WHEN THE RAINS COME 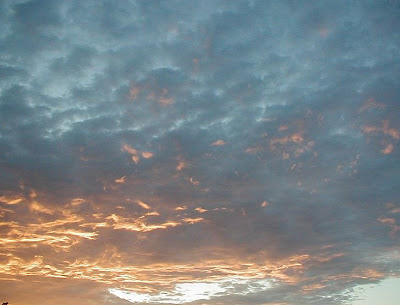 When the sudden rains come inebriated, after a long and cruel spell of parched silence, the agonized prayers are answered in commemorative whispers of the souls and bodies of the haughty earth. The whipped up emotions naturally then, go berserk, wearing smugly looking aplombs for a precious precarious while. When the rains lash, the naysayers go hiding in the valleys of anticipations for a season only, even as the seeds and spores of ensconced hopes sprout in abundance everywhere, barring the few perpetually barren islands of sworn refusals, apparently of self negations.
The familiar and unfamiliar enemies of the sunny days hurriedly huddle together, to redeem themselves, though comically and absentmindedly, to escape the spasmodic inundating showers, while others surprisingly coalesce under the leaking roofs and much neglected enclaves to utter encrypted holy scripts. In the soon-to-be deluge of the rains that is bound to follow, it appears so temporary that conveniently, they are all forgotten like gory deaths. Who, after all, would like to remember the soaky tales of concealed agonies and incarcerations?
Few scanty lonesome silver linings hang perilously after bouts of torrential downpours to feebly assure some of the future rainbows, picturesque canopies of intensely painted clouds, peeping moons and chimerical brides--just past of their early puberty. In helpless nights soon, these stimulants turn sour, in turn, triggering avalanches of churning gale.
Now, the prostitutes and fellow monks go unemployed and unrepresented for days, as the rising waters cut off the lanes and by-lanes, traversed by their tawdry and hungry clients earlier. While, they lay tattered gasping in isolation, the makeshift camouflaged camps turn contraband dens of cleaver conspiracies and strategies. Here and there the strewn carcasses and naked deities decay in damp pits, awaiting resurrection in the ensuing days of incessantly drizzling rainy days. Simply, they are of futile values.
For days together, the often threatening cloudbursts and thunders, under an overcast sky, inflict fictional fear, while the gullible infants renew their filial bonds liberally to the new found parents. This is also the time when the moist women of the hearth summon their angel guardians to skillfully negotiate the atrocious hails in dingy caves, in the far removed dark corners of the barracks; as the men sit back in despair to quickly mend the boats and search their oars—long forgotten.
In the fateful nights entangled with brawling rains, the erstwhile chirping birds, drenched and agitated, clutch to the secured branches, shivering yet ignoring the unfolding of a deluge, down under, that expands till the hazy heaven hanging far away for sure. The streams, rivulets, rivers, creeks, lagoons, tarns and ponds cast off their snazzy attires to bring sanity amongst the greedy tribesmen near the banks. Additionally, they carry loads of sorrows to unburden, most probably nowhere. The rains again and again collude, to uproot the egos in spate.
When the rains pour profusely, a time turns amorous, for the gushing adrenals invent quick love, long forgotten and unlubricated, in order to sustain a chanced upon deliquescent desires by the not so celestial showers, outside.
When the rains come, I go missing to play in muddy waters and to make my new paper boats in droves. I like to visit the water filled empty snake holes and rodent burrows near the corn fields and throw small pebbles leisurely at the magical whirlpools and watch the unending ripples of the ponds, just ignoring the cataclysms in wait nearby. I also count the surfacing debris of my village where I stayed for long. And you? 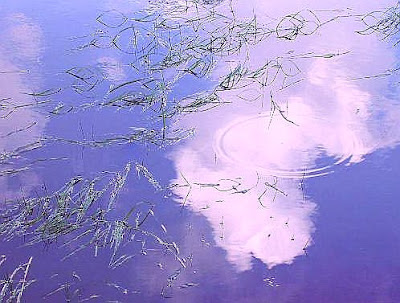