NOT VERY COOL: MOUNT PINATUBO AND MINUS HALF A DEGREE CELSIUS

Everyone, down to the common man, is concerned with the future of the earth, as continuously the atmosphere is hotting up and widespread fluctuation is in evidence in the atmosphere. It is a consequence of the industrialization that has been set in so that we make progress and improve the conditions of our lives. In order to cater to the ever rising need of the swelling population and for the sake of comfort and convenience, it is almost next to impossible for us to reverse the process of mechanization of the planet for, in the coming decades, we would be requiring more and more energy and goods and services that too in a more efficient way, to cope up with the future demands.
One of the major reasons for the in-the making perilous future of ours appears to be related to the rising heat—mainly arising out of anthropogenic factors. Another area of concern is the depletion of natural resources and how to replenish them, once it is totally exhausted. Clean and cheaper energy has to be found out to compensate for the used and dispersed natural resources. It is necessary for us to find ways to reclaim and recycle them to cater to the gigantic consumption requirements of the mass societies of the future. The question is, is our scientific knowledge would be able to solve the problem and if yes, to what extent?
A section of the scientists are alarmed and have voiced concern about the fate of the human race, all other organism and the health of the earth itself. Now it has been clear that the natural and fundamentals parameters of the earth are being altered and affected for various reasons that may precipitate its own destruction. However, an immanent threat pertains to the rising heat. It is everyone’s knowing that the hotter the climate is the lesser would be our chance for effective survival. It is going to wipe out many of the habitats, surrounded by sea water and affect adversely the seasons. It may triggering massive alterations in the climatic cycles, crop patterns and the ability of the life forms to adopt and adjust to the extreme conditions.
Here, we have some easy as well as very difficult choices to make. If do not wake up to the unfolding realities, it is certain that we would be forced to take certain undesirable or unpleasant measures to save ourselves and the planet of ours. One is to continue with the present agenda of progress and be damned and the other is to forgo some of our comforts in favor of the common future of the human race and all other organisms. It is best and logical for us to immediately take effective steps to reduce the greenhouse gases. The rich countries are mainly responsible for the rapid rise in the amount of greenhouse gases though, the third world countries are no innocent, either. It is an area where manipulative, discriminative politics would prove counterproductive. Therefore, the rich advanced industrialized nations must urgently address the problem with all the sincerity it deserves and not indulge in dilly-dallying tactics to buy time by shifting the blame and responsibility to the poor countries.
Some of the leading scientists have now come out with few alternatives to normalize the ever rising heat. A section of the scientists believes that we can actually get ready to adjust to the hotter climate. Another group thinks that we can gear up our research and deploy scientific and technological techniques to 'treat' planet earth by means of the techniques and technologies being developed by a newly emerging discipline called geo-engineering. As per the existing 'symptoms' the scientists would make some necessary 'corrections' to the geo-systems of the earth. It is like treating a sick patient.
The 1991 eruption at the Mount Pinatubo of Philippines has caught their imagination and enthusiasm. It was found out that due to the release of sulphur particles from the volcano, the earth was actually cooled down by about half a degree Celsius. Additionally, it was also discovered that by pumping sea water to the atmosphere, it would be possible to lower the temperature of the earth. There are some other promising plans in waiting to demonstrate that we can actually treat the heat syndrome and do few other scientific juggling to correct the aberrations caused to the earth.
Certainly this scientific discipline is promising. Yet it also has generated much controversy in the scientific and political circles, for no body actually knows its far reaching consequences. But as things stand today, sooner or later, we would have no other choice but to try anything and everything including geo-engineering, for saving ourselves and our planet. But before that happens, it would be nice and practical, if we could change a little bit and have real concern for mother earth and mend our senseless ways to profit and enjoy.
By Unknown
Email ThisBlogThis!Share to TwitterShare to FacebookShare to Pinterest
Labels: geo-engineering, greenhouse gases, mount pinatubo

THE PATHS OF YOGA 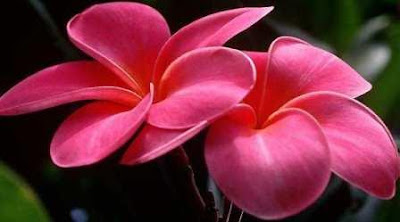 Through yoga, one can attain perfect health and happiness. Depending on one’s need and aim, different asana (body posture), pranayama (breathing harmonization), bandha and mudra (neuro-muscular locking), kriya (cleansing of body toxin), sithilikarana (loosening of body and mind) and dhyana (meditation) can be safely practiced for an overall development at the realm of physical, mental, intellectual, emotional and spiritual planes. In the beginning, yoga should be practiced, most preferably first, under the expert guidance and supervision of a qualified acharya (teacher or guru) and thereafter, one can continue personally. The practitioner of yoga should develop purity in his/her ahara (food and drink), vihara (living and lifestyle), vichara (thought and reasoning) and charitra (character) to adequately prepare himself/herself to enter into the all compassionate, serene, beautiful and tranquil kingdom of divinity, in attending higher consciousness. To do yoga, one need not become an ascetic but can still gain individual fulfillment as an ordinary person with worldly responsibilities.
Here, pure food and drink simply means a balanced, nutritious, natural vegetarian diet necessary for nourishing the body and mind that sustains yet does not stimulates or decays the infinite cells in us. One should also completely stop smoking tobacco and drinking alcohol and stay away from any type of psychotropic narcotics or substances to enable the body to regain and maintain its inner equilibrium and osmosis. Apart from this, the students of yoga is required to adopt to a non-hectic and uncomplicated yet active, productive and meaningful life and living that is fulfilling and satisfying. Whatever type of work one does, it should be in harmony with his/her own self and be meant for the betterment of others (at least a part of it). It must not violate the rights of others and has to remain in agreement with nature and environment and the larger society. Further, a practitioner’s lifestyle should be bereft of naked exhibitionism, greed and selfishness. It is a lifestyle that is moral and good that is capable of generating of abundance for all, driven by equanimity and empathy. The thought of the practitioner of yoga should be always positive and affirmative—even under trying or difficult conditions devoid of conflict and contradiction. It should have absolutely no propensity to cause harm to others as intention or be destructive as action carried out consciously. He/she should neither get provoked nor has the quality to provoke others since calm and poise is his/her forte. The thought of the practitioner needs to be progressive based on truth and justice as against regression or defeat. His/her thinking is always meant to promote goodwill, peace, tranquility, health, self-realization, god-consciousness, spiritualism.
The entire life of the practitioner of yoga rests on moderation in everything—whether it is food or drink, work, life and living, or thought. He is neither gripped by sorrow, failure, loss, misfortune or death nor is lured by the mundane gains knowing fully about their impermanency for he/she is exalted.
By Unknown
Email ThisBlogThis!Share to TwitterShare to FacebookShare to Pinterest
Labels: affirmative action, equanimity, health, higher consciousness, Meditation, self-realization, spiritualism, tranquility, vegetarianism, yoga
Newer Posts Older Posts Home
Subscribe to: Posts (Atom)