SAVE THE EVERGREEN MANGROVE FORESTS 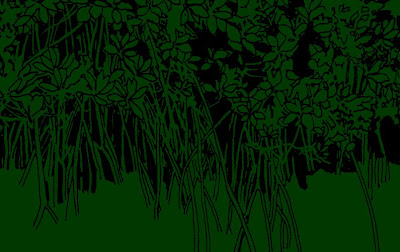 It is believed that mangrove, the evergreen rainforests by the sea, originated in the Indo-Malayan area and later spread to India, East Africa and the Americas some 66 to 23 million years ago. Southeast Asia accounts for about 27 percent or 10.5 million acres of mangrove forests out of a total of 39.3 million acres combined total for the world. One of the most variegated and diverse, the species that nestle on the warm coastlines of the tropical oceans have attracted the attention of scientists and others alike. These specialized species thieve on the sheltered coastlines, river deltas and brackish wetlands in between mainland and sea growing and proliferating abundantly; usually unsuitable most of the other plant species. Mangrove according to some accepted classification comprises of 16 to 24 families and 54 to 70 species that could be the palms, trees, shrubs or ground ferns growing in the area in between the high and low tide of the sea. Out of these the Southeast Asia and Africa has about 15 distinct species each while 10 other occur in the Americas. It may be mentioned that about 50 percent of the mangrove forests are found in Mexico, Brazil, Nigeria, Australia and Indonesia. Mangrove would normally mean the propensity of a large number of plant families’ specialized adaptation to the tropical coastal environment. These plants are extremely well adapted to their salty and swampy habitats by having breathing roots.
Though one of the most diverse and productive wetland species of the earth, today the coastal woodlands or tidal forests is also one of the most threatened one, vanishing very fast than perhaps what we know about it or realize. The United Nations on the occasion of the World Wetland Day on February 2nd, 2008 has said that since 1980 the world has already lost around 20 percent 3.6 million hectares of the total wetland mangrove forests which grows in 124 tropical or sub-tropical countries and areas. The UN Food and Agriculture Organization (FAO) divisional Director Wulf Killmann believes that "If deforestation of mangroves continues, it can lead to severe losses of biodiversity and livelihoods, in addition to salt intrusion in coastal areas and siltation of coral reefs, ports and shipping lanes. Tourism would also suffer." He further added that “Countries need to engage in a more effective conservation and sustainable management of the world's mangroves and other wetland ecosystems. But overall, the loss of these coastal forests remains alarming. The rate of mangrove loss is significantly higher than the loss of any other types of forests." By the year 2005 we were left with only 15.2 million hectare than what we had in the year in 1980, estimated to be 18.8 hectare.
It is extremely important to take effective steps to arrest the rapid decline of the mangrove forests. Otherwise, we would be bereft of a host of unique plants and organisms and expose ourselves to unprecedented natural calamities like the tsunami. 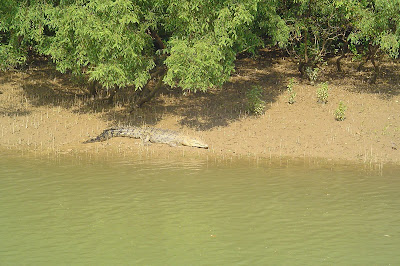