ORISSA AND THE WORLD BANK ENIGMA

SONG OF THE CANNIBAL PROPHET 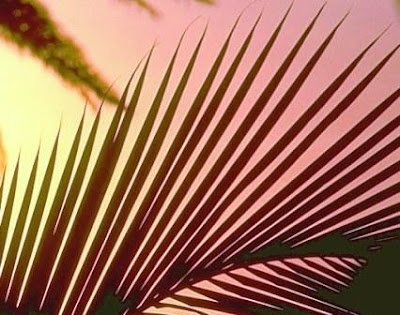 You feel submerged
In the women’s womb
In death also, relatively

You feel alive on lonely streets
At friend’s funerals
On a cloudy day, once

It is me, none else and
Most probably I would like now religion
And black magic
To be eternal in my youthfulness days
Being a cannibal prophet, of sort

I have never seen a town so pathetic
Crowning me in glories
I know
The earth spills in us forever
In sporadic wars and attritions
Affections?

By Priyabrata Nanda
Email ThisBlogThis!Share to TwitterShare to FacebookShare to Pinterest
Labels: poetry

THE VANISHING FORESTS OF ORISSA: Vandalism in the name of development

The Forests and Environment Minister of India has recently revealed in the upper house of Indian Parliament that during the year 2003-05 the country has lost a total of 728 square kilometers as per the estimation of Forests Survey of India.
In respect to Orissa, the ministry separately said that at present it has only a meager 288 square kilometer of dense forests against a geographical area of 155707 square kilometers. Even as the Government insists the forests-land ratio to be 31 percent, the environmentalists have vehemently disputed the figure terming this as inflated. They have estimated it to be a dismal 10 percent or less. It may be mentioned that while at the time of country’s Independence, the state forests covered 48 percent of its landmass--since than, it has been regressing to a great extent causing much concern and triggering unprecedented environmental imbalances of gigantic proportions. According to norms the forests and tree covers of the state is seven percent less than the national average.
The exceptional loss of green covers of Orissa is the result of wanton destruction of trees by the unscrupulous timber mafia in connivance with some of the corrupt officials of the government and wayward politicians. However, the blame for this is very often conveniently shifted to the forests dwelling tribals, who over the generations traditionally lived, cared for, protected and depended on the forests, mostly for subsistence. The depletion of green covers has also led to the loss of valuable flora and fauna in a big way.
The rapid depletion of minimum level of green covers in the state has precipitated the process of desertification in the arid districts of Western Orissa, according to an independent research carried out by researchers of non-government organizations. These areas have been experiencing consecutive spells of droughts and heat waves that hovers around 50 degree centigrade. Additionally, rest of the areas of the state is also experiencing high level of heat wave, environmental pollution and water shortage including abnormal shifts in weather cycles. Though, the normal annual rainfall for the state is 1482 millimeter, since 1995 till 2004,the state had deficient rainfall for eight years except for the years 2001 and 2003. It is to be noted that during the last 45 years, except for only two years, Orissa went through the recurring agonies of either floods or droughts of severe magnitude.
The rivers and other water sources are increasingly getting chocked due to soil erosion and resultant decrease in the water beds. Now, the rivers carry less and less loads of water. Coupled with reduced rainfall and increase in urban population and industrial activities; water is gradually becoming a scanty resource. If the trends continues, it can be said that in coming 50 years the water shortage will be so acute that it may lead to large scale societal and environmental disturbances affecting not only the human population but also all other organisms.
One of the major causes of the mindless decimation of forests relates to over industrialization and mining activities. It is somehow believed by the power elites and business interests that it brings in prosperity for the people and for achieving that Utopian ends, the natural resource rich tribal and forests areas need to be cleared as soon and as fast as possible to pave way for faster economic growth of the state and the nation in general. Such economic activities have wrought havoc in the lives of people either displaced or still living in the periphery of the so-called prosperity zones in relation to the pulverized and damaged environment and in turn has resulted in artificially scripted human miseries. The damage arising out of such development activities is enormous yet, the all the governments of the day have preferred to ignore it to suit the business interests of a few, taking embargo under the covers of the so called intellectual jargon mainly invented to thwart the genuine aspirations of the people and to perpetuate their sufferings. No one requires cleverly couched statistics or rabid expert opinion of a select few to believe that the actions are not detrimental to the basic needs and interests of the stakeholders and inhabitants.
By Priyabrata Nanda
Email ThisBlogThis!Share to TwitterShare to FacebookShare to Pinterest
Labels: desertification, development, environmental degradation, forests, natural calamities, water shortage

In a very fast expanding Internet age with virtual mailboxes and virus laden spams, the proverbial snail mail is taking a back seat and the charm of receiving scribbled mails is becoming a thing of the past. The sad demise of the hand crafted posts has drastically changed our conception of receiving the sentimentally charged personalized communication which acted as the subtle touch of the near and dear as well as the not-so-familiar ones. It invariably had the raw smell of the persona and the memories associated with it. When the traditional mail was the almost only preferred form of connecting, people invariably waited every day of the week, month and year to be called by the friendly postman in an expectant afternoon, to hand over a humble looking post card, envelope, inland letter, parcel or insured covers having values to be treasured. In fact, people jealously kept the delivered postal communications for ages, even lasting their life time and beyond as memorabilia and the people who wrote them outlived their own lives. It was a joy to visit the communication hubs dotted throughout the length and breadth of the country. Then, communicating with others was so inexpensive that people cutting across the socio-economic divide made it a ritual of sending or receiving their letters for the sheer ecstasy associated with it. It too was quite exhilarating and relaxing to go to the post offices and no one thought it to be separated from his or her own personal world. The postmaster and the postman invariably acted as the natural extension to the school teachers and their suggestions and advices were sought and taken with all seriousness that it deserved.
The shiny red mail boxes symbolized hope and reaching out to the persons of our want and choice instantly—though at times it took weeks to get back their much longed after letters. Few lines also mattered greatly. Even though mostly people never had their personal mail boxes at the front of the doors of their houses, invariable the postman would see to it that the delightful wares were personally delivered to the actual recipients. The encounters were intimate and no one thought of putting a mailbox to miss the chance to exchange pleasantries with the ever smiling friendly postman. Even where the mailboxes were hung, they went defunct soon because their limitations (but not the possibilities) were also discovered by both the postman and the recipients for some unexplainable reasons. For this most probably they connived for their selfish ends. The entire affair of transacting the communication through the postal system was in fact a kind of culture for the people. This is very fast vanishing in a modern world where technologies have taken over the personal touch of communication with emotion.
By Priyabrata Nanda
Email ThisBlogThis!Share to TwitterShare to FacebookShare to Pinterest
Labels: letter, mailbox, postman, snail mail 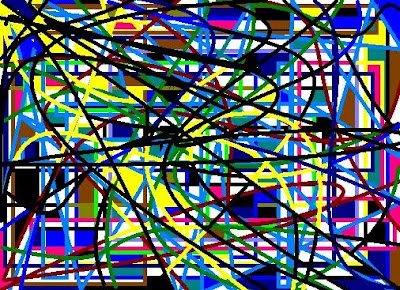 When darkness often reigns in our life, we long for a faint ray of hope to reinforce our faith in our own questionable existence of aborted triumph in self-making and also to recognize our pale and anemic faces hesitantly by proxy. In that overwhelming specter of the loneliness and shifting loyalties of kin, kith and beloved, who desert the much defeated you in quick succession in a massive mansion of rapidly crumbling avalanches of brittle hopes; we finding no other alternatives worth any name, but turn to the failed prophets and their surrogate masters for solace. Take heart, there is still hope apparently beyond the black hole like tunnel; though, you have to take it lightly to have enough strength to discover its ever…ever expanding and contracting depths and darkness. It is up to you to embrace enlightenment or not? Or perhaps you would like to wait for the day break, that would never to come-- yet is full of promises.
By Priyabrata Nanda
Email ThisBlogThis!Share to TwitterShare to FacebookShare to Pinterest
Labels: darkness, existence, god, hope, light, succour
Newer Posts Older Posts Home
Subscribe to: Posts (Atom)